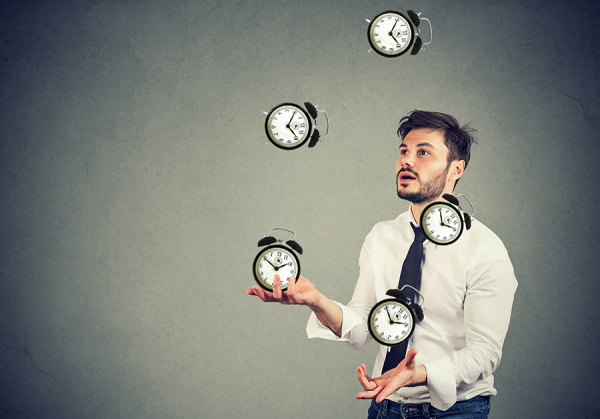 The Gift of Living in Interesting Times

"May you live in interesting times,” is an expression falsely attributed to an ancient Chinese curse. In fact, it was coined in 1936 by a British statesman in response to the German violation of the treaty at Locarno. Whether the origin of the curse was fake news or not is beside the point. Those words resonate today, just as much as they did on the eve of World War II.

As I write, many of us are still hashing over how the anticipated “Red Wave” that was supposed to sweep the country resulted in our just barely gaining control of the House. Explanations range from poor voter turn out in key counties to various levels of Democrat cheating. No doubt the truth varies from state to state and precinct to precinct. Thanks to the Internet, we know too much and too little; we are left with emptiness and doubt.

When I moved to San Francisco more than 20 years ago, I began to recognize carrying the flag for conservative values would be something I would be required to do for the rest of my life if I valued our democratic republic. I saw the Left’s money, power and determination to undermine average people. I tried to warn friends in the rest of the country about some of the things I saw or heard, let alone the destructive, often hateful, designs of powerful people I met in both the Bay Area and Hollywood. My friends didn’t believe me – even my Republican friends.

Today, average Republicans nationwide are finally on the same page. They understand what we are up against, and they are finally stepping up to do something about it. They are running for school board and city council; they are training as poll workers and poll challengers. They actually know the election laws in their state. In short, they understand the impact their lives have on others and see the folly of creating impact through reluctance and ignorance.

Republicans, who have always claimed to value personal responsibility, religious faith, the rule of law and the Constitution, are once again living their values.

And this is something to celebrate – for we do not have faith if we are afraid to stand our ground, and we are not taking responsibility for ourselves, our families or our communities if we turn a blind eye to what’s happening around us. We can only uphold the rule of law if we know the law and if that law makes sense to us, for the law must serve to strengthen our communities rather than tear them down.

Sure, what we’re fighting is complex and confusing. Our enemy has multiple faces: the WEF, China, big tech, big pharma, mainstream media, the entrenched Democrat bureaucracy we call the swamp, and even some of our own elected Republican representatives who gain from the chaos. But our solution is simple and elegant: embrace what we know and defend it.

Whether the solution is homeschooling our kids or running for office, whether it’s talking to our neighbors or writing an op ed, we know that sooner or later destructive, non-sensical woke-ness will bump up against reality and, when it does, our people will be ready with calming common sense and laws worth respecting.

The other thing about interesting times is that they come to an end. The status quo that survives depends on the nature of the conflict itself. Just as little children need boundaries to become moral adults, one could argue that revolutionary forces need boundaries so that they don’t destroy their cause in the process of fighting for it. Society has indeed become more compassionate and open minded since the 60’s; but in trying to make their legacy permanent, leftist idealists now oppose the same free speech and tolerance they once prized.

Republicans are the voice of compassion and reason, and that is also something to celebrate. If we think of history as a kind of pendulum and interesting times as the far reaches of that pendulum before it turns back the other way, we can see that twenty, forty, sixty years from now, Republicans could be the stewards of compassion, reason, faith and law. If we hang in there – the way President Trump, Governor DeSantis and our other shining lights do – we will make our mark on history again, just as we did when Lincoln freed the slaves.

So, being alive today, participating in history as we are, is indeed a gift. It’s a gift to be awake, alive and doing good. It’s a gift we can give to ourselves, to our children, to our neighbors and to generations to come.