The Fourth of July

The Continental Congress approved the final wording of the Declaration of Independence on July 4, 1776 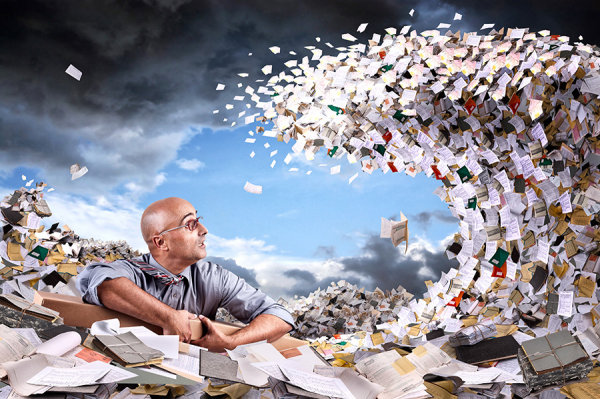 What do the fires in New Mexico, the baby formula shortage, and Canadian euthanasia Bill C-17 have in common? They are all situations that touched me personally and were made life-threatening thanks to behemoth bureaucracies.

You may have heard that the largest fire in New Mexico-Hermit’s Peak-started as a prescribed burn. It turns out that prescribed burns are overseen by thick layers of bureaucracy, at the top of which is the Democrat land commissioner. The burns are scheduled a year in advance to allow time for the bureaucracy to churn. Apparently, the commissioner approved the burn just before it was scheduled. Angry New Mexicans are incredulous she approved it when the high winds meant certain disaster. But ask yourself: Even if she understood firefighting and knew the weather, if she didn’t sign, what would’ve been the push back from the chain of bureaucrats below her? And, if the Forest Service and the firefighters had refused to do the burn after the signature, what might have happened to them, their careers and their pensions? Below is a YouTube link to a local man who lost his land. He attacks the federal and state bureaucracies, demanding local authorities stop depending on the feds and take responsibility for the friends and neighbors they serve. He said federal fire fighters told him the fire will last until the end of July and that, as federal contractors grow rich, local folk will lose all. My daughter is working for one of those contractors. She’s making a pile, and they told her she has work through August. How did they know that in April?

The shortage of baby formula is probably one of the biggest scandals to erupt in the post-Covid political climate. Two links below explain how federal bureaucracy and regulatory capture created a situation in which there are only three baby food manufacturers and illegal aliens get formula before stores do. That one year ago the Biden administration knowingly shut down one of the only suppliers, when they could have simply recalled the product, is a criminal attack on families. There are some who ignorantly think that baby formula is unnecessary when women can just breast feed. Many women don’t produce enough milk and supplement with formula. Many babies have allergies or other needs that make formula essential for survival. Back in 1927, my grandmother didn’t produce breast milk so she hired a wet nurse for the first of her four children. Once formula became available, she fed her children herself. I inherited that trait. Without formula, my son would have starved…because, guess what, women no longer work as wet nurses. One thing I learned back then: my friends who had illegal “nannies” got free formula. I used to wonder how illegals could get formula for free. Now I know. And, since the bureaucracy frowns on the unborn, their callousness toward the just born is almost expected.

If you didn’t know that Canada has been a “right to die” country since 2015, now you do. Last year, however, Bill C-17 ensured that as “long as someone is suffering from an illness or disability which ‘cannot be relieved under conditions that you might consider acceptable’, they can take advantage of what is now known euphemistically as ‘medical assistance in dying’ (MAID for short) for free.” It’s officially cheaper for the Canadian government to kill people in a desperate situation than to help them live through it. In fact, they have recently euthanized two women for poverty. A Canadian client of mine is in a desperate situation because her daughter has custody of an emotionally disturbed teen abandoned by his parents. My client said it took her two weeks to fill out forms to get help for this boy, who appears to be a danger to those around him. It will be more than two years before he will get help. Canadians don’t need a terminal illness to request MAID, and in 2023, anyone diagnosed with mental illness alone can request MAID. My client is the first Canadian I’ve met who sees the holes in their system. I pointed out to my client that she has unique abilities-that she knew how to fill out the forms correctly. She responded, “Few people do.” So, the bureaucrats created a system in which the isolated, uneducated, and uninitiated get some care —like birth control—effortlessly, but are left floundering for more crucial care, incentivizing self-suicide.

Massive bureaucracies exist to feed themselves. Members along the food chain care about pensions and benefits. They don’t know the people they serve…and hence lack empathy for them. So when Donald Trump began shrinking the size of bureaucracy and expecting it to act like a business, he had to go. He aroused a great monster that defends itself by blindly serving its masters. And now we know to what extent. Even if it means losing a home, a child or a less fortunate loved one, the behemoth will kill to survive.