These are special events that are in addition to our regular events.

In foreign policy, Donald Trump is the powerful man Barack Obama never could be

These events happen on a regular schedule. 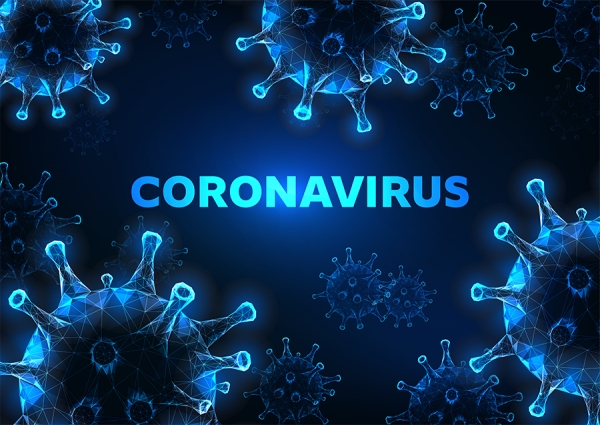 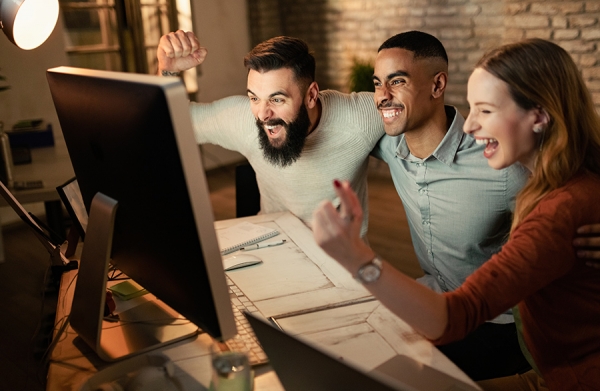 Read details from the March primary election which bodes well for Republicans. 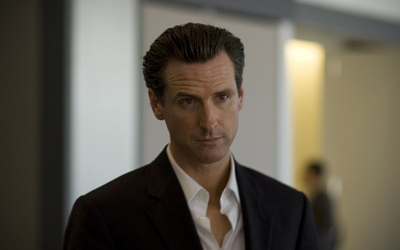 “He said everything I could have hoped for . . . and every single thing he said, they followed through on,”

John O’Connor is an accomplished trial lawyer in San Francisco and the person who ultimately convinced Watergate’s “Deep Throat” to reveal his identity. The hit movie, Mark Felt: The Man Who Brought Down The

White House was written and produced by John about this intriguing figure who helped bring down the Nixon Presidency. This past November, 2019 John’s latest book was released, Postgate: How the Washington Post Betrayed Deep Throat, Covered Up Watergate, and Began Today's Partisan Advocacy Journalism. As our country again grappled with the impeachment of the President, this book offers a timely probe of what information is reported and what may be omitted. Fortunately for us, our speaker John D. O’Connor is a gifted speaker who can make the complex not only understandable but enjoyable.

“After Deep Throat’s lawyer, author John O’Connor, discovered that the (Washington) Post had betrayed his client while covering up the truth about Watergate, his indefatigable research resulted in Postgate, a profoundly shocking tale of journalistic deceit.”

John served as an Assistant U.S. Attorney in Northern California from 1974-1979, representing the United States in both criminal and civil cases. One among many interesting assignments in that time was writing the Fifth Amendment and “state of mind” briefs for the prosecution in United States v. Patricia Hearst. His father, John C. O’Connor, was a former FBI agent, a prominent Indianapolis lawyer, Democratic politician and senior partner in an Indianapolis law firm. John and his wife raised their children in Marin and continue to reside here.

There will be a few copies of Postgate available to purchase at the lunch, but you may want to get your copy in advance, read it and bring it for John to personalize. You may also want to watch the movie Mark Felt: The Man Who Brought Down The White House (2017) as it raises many questions of FBI involvement as well the the role of the press.

The Real News from Swamp Woebegone 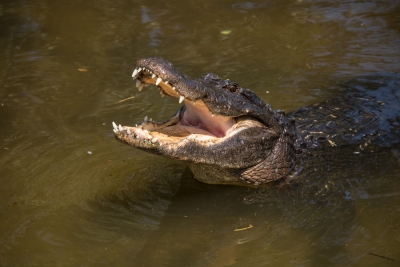 Trump’s Triumphs - The real news from Swamp Woebegone
“Impeachment! Impeachment” - that’s all that in the news. Despite the fact the nation knows how this elaborate stage show will play out - with the Senate acquitting the president - the nation is watching it, like a car wreck in slow motion, unable to tear its eyes away. But the impeachment is a distraction from the real news - that the swamp is slowly draining and that President Trump continues to MAGA as fast as ever.
Just last week, while Nancy and Co. walked the articles over to the Senate, the president signed stage one of a new trade deal with China, applauded as USMCA was passed to replace NAFTA, and proclaimed “Religious Freedom Day,” which encouraged, among other things, the protection of prayer in schools. The nation also saw Iran back down after the attack on Soleimani, proving Right Wing pundits correct in their theory that such an attack would not lead to war simply because Iran can’t afford an open war with the US.
On the same day of the most recent Democrat debate, President Trump held a rally in Milwaukee, WI, during which he tallied even more of his accomplishments: In 2018, he said, overdose deaths fell between 17- 21% depending on state calculations - part of that success has come from Trump putting pressure on China to stop the flow of fentanyl into the US.  His administration created 7 million jobs, including 1 million in manufacturing.  Reducing regulations and other incentives has made America the #1 producer of oil and gas in the world - no longer dependent on Arab nations. Average household income, he claimed, has gone up over $10, 000 in just three years of his administration ($3100 in regulatory tax, over $2K from tax cuts, $2500 for energy taxes and fees, and $5000 in average income gains.) Compare that to a mere $400 rise in 8 years of the Bush administration and $975 after 8 years of Obama.
In addition to Trumps’ rally claims, he’s appointed 187 “Article III judges (including 2 on the Supreme court, 50 in the Court of Appeals, 133 in US district courts, and 2 for the US court of International Trade. As of this writing 18 Article III nominees are waiting confirmation - but there are over 70 vacancies yet to be filled.  Though Senate Democrats have done everything to stall confirmations (Sen. Kamala Harris just demanded his nominees be frozen during the impeachment trial), he’s still managed to outpace both Obama and Bush who appointed 329 and 327 respectively over 8 years each - including 2 Supreme Court justices a piece.  With Justice Ginsberg in increasingly bad health, he’s likely to appoint a 3rd if he’s re-elected.
On the horizon are trade deals with India and, through his aggressive deregulation policies, a reintroduction of all manner of conveniences that make life, well, convenient - he’s bringing back the “old” light bulb, which provided better, prettier light for less money, and opening up restrictions on water use - so that shower heads, dishwashers and washing machines actually clean what they’re supposed to clean.  In fact, thanks to Trump’s tariff policy, South Korea is building refrigerator and washing machine plants in US to avoid paying import tariffs, bringing jobs to America as well.
What Democrats must understand by now is that President Trump is a man who loves a good fight - and the more they throw at him, the more successful he becomes. In fact, this author comically muses is that, if the Dems had given Trump his way for 2 years, he may very well have been so bored he’d resign. So - other than striking back for the 1999 impeachment of Bill Clinton, why even attempt to stop Trump?  First, pushing the articles through before Christmas was no doubt a huge fund-raiser for the Democrats and especially for the massive web of non-profit lobbying concerns which provide the real financial backbone of that party. A tax deductible gift to Amnesty International, for example, might be larger than normal thanks to the promise of impeachment.  Then, holding over the trial until the new year would yank numerous Democrat presidential hopefuls off the campaign trail, including Sanders and Warren, just before Iowa - giving a mighty boost to Joe Biden, who has been sagging in the polls. Swamp insiders manipulated the primaries so Hillary would run in 2016. Poor things still haven’t learned to listen to the American people, or at least their base.
But impeachment or not, all is well. As Greg Gutfeld said recently, we don’t deserve a president this good.
https://www.politico.com/news/2020/01/17/trump-impeachment-trial-sanders-campaign-100457
https://thehill.com/homenews/senate/478476-harris-calls-for-judicial-nominee-freeze-during-impeachment-trial
https://www.whitehouse.gov/briefings-statements/statement-press-secretary-regarding-senate-passage-usmca/
https://www.wsj.com/articles/u-s-china-to-sign-deal-easing-trade-tensions-11579087018
https://www.wsj.com/articles/trump-plans-india-visit-now-that-china-trade-deal-is-inked-11579257002
https://www.whitehouse.gov/briefings-statements/remarks-president-trump-announcement-guidance-constitutional-prayer-public-schools/
https://www.whitehouse.gov/presidential-actions/proclamation-religious-freedom-day-2020/
Published in Latest News
Read more... 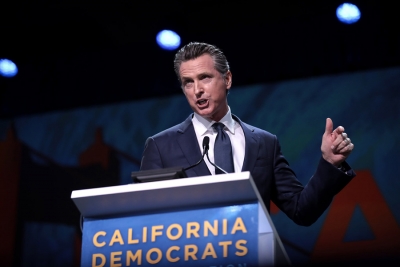 Sacramento seems to think that all of California needs to look more like San Francisco and less like Lakewood, Foster City or Irvine.

Republican Assembly Bills 1941 and 1942, would allow PG&E to temporarily skirt renewable power mandates until it hardens its grid and gets a handle on vegetation management.

Immigration: The 2020 Election and Future Elections

The White House website posts the following statement regarding immigration:

"The United States must adopt an immigration system that serves the national interest. To restore the rule of law and secure our border, President Trump is committed to constructing a border wall and ensuring the swift removal of unlawful entrants. To protect American workers, the President supports ending chain migration, eliminating the Visa Lottery, and moving the country to a merit-based entry system. These reforms will advance the safety and prosperity of all Americans while helping new citizens assimilate and flourish."

How important will the Immigration issue be in our 2020 election? What changes have been realized since the Trump Administration boldly began, back when you couldn’t even talk about the issue? One impact of immigration will be evident when the census numbers spur redistricting of U.S. House seats. This in turn will impact the Electoral College.

To bring us up-to-date on trends, policy changes and proposals, Mark Krikorian, Executive Director of the Center for Immigration Studies in Washington, D.C. will share his unique insight and knowledge. Mr. Krikorian is sought by The President, Congress, and news sources for his expertise gained during his brilliant career at the Center for Immigration Studies. The Center is an independent, non-partisan, non-profit research organization founded in 1985. It is the nation’s only think tank devoted exclusively to research and policy analysis of the economic, social, demographic, fiscal, and other impacts of immigration on the United States. Mr. Krikorian holds a master’s degree from the Fletcher School of Law and Diplomacy,
a bachelor’s degree from Georgetown University, and spent two years at Yerevan State University in then-Soviet Armenia.

Follow Mr. Krikorian’s writings and opinions at: The Center for Immigration Study’s website, https://cis.org and on Twitter: @MarkSKrikorian. His articles have appeared in The Wall Street Journal, The Washington Post, The New York Times. He is a contributor at National Review Online and has authored the books: The New Case Against Immigration, Both Legal and Illegal and How Obama is Transforming America through Immigration and co-authored Open Immigration: Yea & Nay with Alex Nowrasteh of the Cato Institute.

Larry Greenfield is a fellow of the Claremont Institute and the American Freedom Alliance. He writes and speaks on U.S. politics and American foreign policy.

Larry hails from Southern California and earned his BA in political science from UC Berkeley, graduating in 3 years as Class Speaker. He picked up his law degree at the Georgetown University Law Center in Washington, D.C., where he wrote an arrest warrant for PLO chieftain Yasir Arafat.

Mr. Greenfield enlisted in the Armed Forces of the United States in Naval Intelligence Reserves, and was publisher of the Journal of International Security Affairs. His articles have appeared at American Greatness, American Thinker, PJ Media, Investors Business Daily, ITA.org, Israel Hayom, The Jerusalem Post and the Jewish Journal. A frequent traveler to the Middle East, Mr. Greenfield has focused on the strategic and political responses in the West to the rise of Radical Islam, including energy diversification, independence and security, and missile defense.

He is a well-regarded wealth advisor based here in California, and continues to advise elected officials on our national security strategy.

Please join us for our year’s kick-off luncheon to hear him speak.

December’s luncheon meeting, December 10, 11:00 a.m. - 2:00 p.m., will be our Annual Christmas Boutique! Please get your reservations in early as this is a very popular event! You will find lots of gifts for Christmas, Hanukkah or just for yourself. Enjoy a glass of bubbly on us and also enjoy our once-a- year elaborate buffet lunch with a choice of chicken, fish or steak and multiple side dishes!

This is our holiday auction. We all bring our nice items that we don’t, haven’t, and won’t use. Maybe a gift from someone that is just not your style, size, or color, maybe jewelry, china, crystal, handmade items, crafts. Some bring homemade cookies, pies, cakes, etc. This is the time to clean out your closets and cabinets and bring those items to the meeting. We will price them for you, or you can give us an idea of their value and we will put the silent auction card out on display and then you can all shop! (Please no paperback books.)

If you are bringing auction gifts, you can come at 10:30 to drop off your items to be priced and tabled.

Want to lend a hand? Contact Pres. Morgan, This email address is being protected from spambots. You need JavaScript enabled to view it..