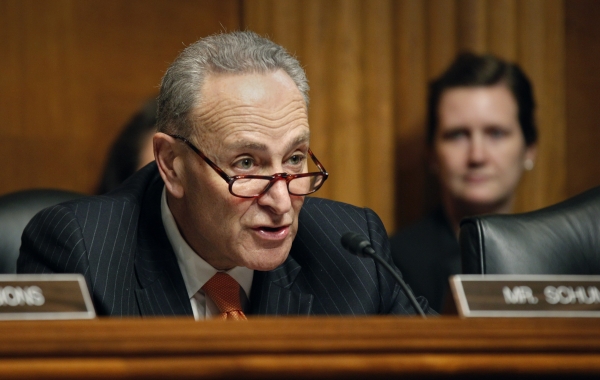 Donald Trump is The Man 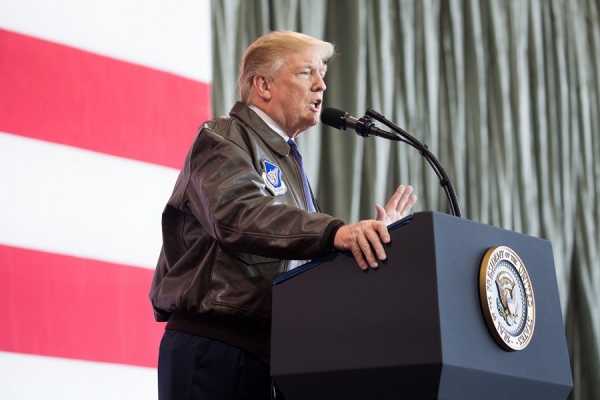 In foreign policy, Donald Trump is the powerful man Barack Obama could never be
Published in Latest News
Read more...
Thursday, 10 May 2018 15:41 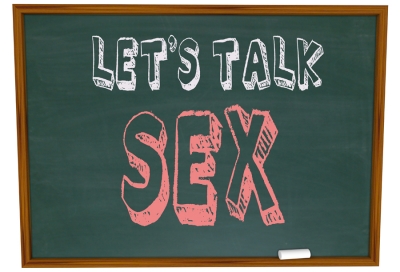 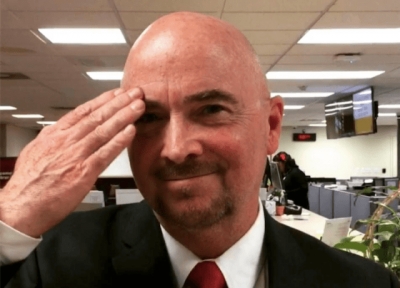 A poll conducted by the University of California Berkeley’s Institute of Governmental Studies: Republican James Bradley in a statistical tie for second place in U.S. Senate race.
Published in Latest News
Read more... 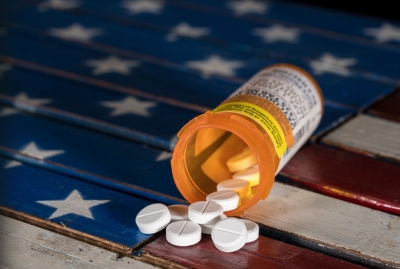 Ever get prescribed an opioid, prior to a root canal perhaps, pay five bucks co-pay, then not use it or maybe use just 1 of the 30 prescribed pills, only to have your teenager ask to sell the rest for big bucks on the street? That’s how a national crisis got started with pharmaceutical companies assuring doctors and patients that opioid painkillers were not addictive. Yet, patients did get addicted, and when prescriptions ran out, illicit drug dealers filled the void.
According to the CDC, every day, more than 115 people nationwide die after overdosing on opioids. The increase in deaths involving opioids is so large that it now affects average U.S. life expectancy. “We call it the ‘crisis next door’ because everyone knows someone,” Kelly Ann Conway declared during the president’s recent visit to New Hampshire, which has the second highest rate of opioid-involved overdose deaths in the nation. “It is no longer somebody else’s community, somebody else’s kid...The opioid crisis is viewed by us at the White House as a non-partisan problem searching for a bipartisan solution.” (CNN)
Opioids are a class of drugs that includes everything from the illegal heroin to legal prescription such as oxycodone, hydrocodone, codeine, morphine, and fentanyl, a powerful narcotic used to manage pain after surgery.
Research by the National Institute on Drug Abuse reveals:
■ Roughly 21 to 29 percent of patients prescribed opioids for chronic pain misuse them.
■ Between 8 and 12 percent develop an opioid use disorder.
■ An estimated 4 to 6 percent who misuse prescription opioids transition to heroin.
■ About 80 percent of people who use heroin first misused prescription opioids.
■ Opioid overdoses increased 30 percent from July 2016 through September 2017 in 52 areas in 45 states.
■ The Midwestern region saw opioid overdoses increase 70 percent from July 2016 through September 2017.In 2016, overdose deaths exceeded the number of Americans killed during the Vietnam War. Roughly two-thirds of overdose deaths now involve an opioid. Estimates of the total “economic burden” in the United States of prescription opioid misuse is $78.5 billion a year, including costs of healthcare, lost productivity, addiction treatment, and criminal justice involvement.
The entire Trump administration has mobilized to address this crisis. On October 26, 2017,
President Trump issued a Presidential Memorandum for the Heads of Executive Departments and Agencies to use all lawful means to combat the drug demand and
opioid crisis. A few of the federal agencies included are: the Office of National Drug Control Policy, the Food and Drug Administration, the Department of Veterans Affairs, National Institutes of Health, the The Centers for Medicare and Medicaid Services, and The
Department of Justice (DOJ). The DOJ programs standout as the most wide-reaching, including everything from doctor education to the creation of the Opioid Fraud and Abuse Detection Unit and the Joint Criminal Opioid Darknet Enforcement team.
The administration’s response (as outlined on WhiteHouse.gov)
is very long but can be broken down into four components:
■ “Address the driving forces of the opioid crisis, including over-prescription, illicit drug supplies, and insufficient access to evidence-based treatment.
■ Reduce demand and over-prescription in part by educating Americans about the dangers of opioid and other drug use.
■ Cut off the supply of illicit drugs by cracking down on international and domestic supply chains that devastate American communities.
■ Help those struggling with addiction through evidence-based treatment and recovery support services.”
Like other Trump administration strategies, the plan merges immediate action with mid- and long-term solutions; the private sector aids the public sector; and the human element
is addressed on every level, meaning criminals (producers, dealers, international traffickers) receive stiff punishment (possibly the death penalty for dealers) and the innocent receive short and long term help without judgment, including mental health treatment.
One example: At the NH event, Adapt Pharma, which makes Narcan-a nasal spray that can counter effects of an opioid overdose, announced that it has “provided, free-of-charge, four boxes to all colleges and universities in the United States. Two boxes free for every high school in the United States, as well as educational awareness.” That means school administrators who accepted the offer have immediate, effective options - even as paramedics are called - for a particularly vulnerable age group. That means parents can sleep at night. But it also means that, in giving Adapt Pharma what amounts to a bump in their stock, the president understands the role Big Pharma played in creating the crisis and must play to end it. It is common knowledge that addiction is more than just a policy issue to President Trump. “I had a brother, Fred...He had a problem with alcohol, and he would tell me, ‘Don’t drink. Don’t drink.’ . . . He would say it over and over and over again.” To this day, the President abstains from drinking. “I had somebody that guided me, and he had a very, very, very tough life because of alcohol.” Visiting New Hampshire, the President said: “This scourge of drug addiction in America will stop. It will stop. Failure is not an option. We will raise a drug-free generation of American children.”
https://www.drugabuse.gov/drugs-abuse/opioids/opioid-overdose-crisis
https://www.reuters.com/article/us-usa-trump-opioids/as-u-s-opioid-crisis-grows-trump-calls-for-death-penalty-for-dealers-idUSKBN1GV2IC
http://www.unionleader.com/politics/trump-in-nh-pushes-opioid-plan-this-isnt-about-nice-anymore-20180319
http://www.unionleader.com/Another-View-Alex-Azar-Our-commitment-to-fighting-the-opioid-crisis-04022018
https://www.whitehouse.gov/articles/will-win-war-opioids/
by Anne Doherty for the Novato Republican Women, Federated
Published in Latest News
Read more...
Sunday, 29 April 2018 16:44 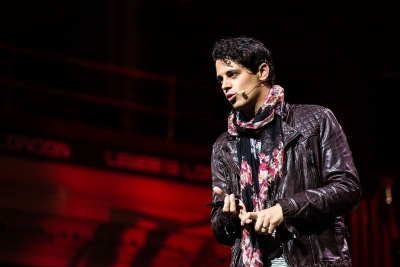 The collapse of public pension funds is no longer a distant prospect. Most people are still unaware.
Published in Latest News
Tagged under
Read more...
Tuesday, 24 April 2018 14:06

Health care bills advancing in the CA Legislature would grant health care to more than a million illegal immigrants.

Trump’s Triumphs - Installment #1:
Bringing Religious Freedom back to the Land of the Free
Merry (post) Christmas and Happy (post) Hannukah.
Welcome to a series of articles on the accomplishments of Donald J. Trump. This topic proves daunting both because he has accomplished so much in so little time and because the president plays chess in the time space continuum - a fancy way of saying that his every move, no matter how small, has larger implications. He is doing much more than fulfilling campaign promises;  his accomplishments in one year have already done much to affect the country for decades to come. With respect to religious liberty, he has taken significant steps to protect it by taking charge of the national dialogue, by installing judges to defend it in court, and by announcing the move of the US embassy to Jerusalem.
A hearty “Merry Christmas” uttered with the force of the president’s exuberant personality is enough to deflate his Leftist opposition, which for the past eight years of Obama  - and through more than 40 years by the mainstream media - has conducted an open war against Christianity and religious faith in general.
In fact, the Left’s tactics had succeeded dramatically. Between 2008 and 2015, the percent of Americans identifying as Christian dropped from 80% to 75%, while the percent of religious non-Christians remained stable at 5% and the percent of atheists or “decline to state” rose from 15% to 20%. (Gallup News, December, 2017).
So, by decorating the White House for Christmas and sending out Christmas cards, the president has inspired millions, particularly in cities, to embrace again Christmas and our First Amendment rights.
Since his election, Trump has supported religious liberty in speech upon speech.  At the Value Voters Summit last October, he said: “In America, we don't worship government – we worship God” and “We defend our Constitution. We protect religious liberty. We treasure our freedom.” (FoxNews.com)
President Trump put his words into practice in May, 2017, by issuing the executive order called "Promoting Free Speech and Religious Liberty," which gives "regulatory relief" to companies objecting to the Obamacare mandate for contraception in health care. At the Rose Garden signing, he said: ”Faith is deeply embedded into the history of our country, the spirit of our founding and the soul of our nation… We will not allow people of faith to be targeted, bullied or silenced anymore.” (nbcnews.com).
In keeping with the order, Attorney General Jeff Sessions issued guidance to administrative agencies and executive departments regarding religious liberty protections in federal law. The guidance, too long to cover here, interprets existing protections for religious liberty and identifies 20 principles that agencies can use to ensure the religious freedoms of Americans.
Sessions issued a second memo to the Department of Justice, saying “the freedom of religion extends to persons and organizations,”  “Americans do not give up their freedom of religion by participating in the marketplace, partaking of the public square, or interacting with government” and government “may not restrict acts or abstentions because of the beliefs they display.” (wnd.com)
The president’s long game to protect religious freedom is reflected in his court appointments, most importantly Neil Gorsuch to the Supreme Court, which is, as of this writing, hearing the Masterpiece Cakeshop v. Colorado Civil Rights Commission case.  Justice Gorsuch, young by Supreme Court standards, will influence the court for decades and has a history of supporting religious freedom, including in two landmark Religious Freedom Restoration Act cases: Hobby Lobby v. Sebelius and Little Sisters of the Poor v. Burwell.
The president has also been actively appointing conservative judges to the United States federal court. 17 Article III judges have been confirmed, while 42 still await Senate action. Article III judges are appointed for life - so it’s easy to see that enemies of conservatism, including some in the Republican Party, would stall confirmations as long as possible.
Lastly, with his intention to move the US embassy to Jerusalem, the president has required parts of the world concerned with the Middle East to weigh in on religious freedom. As a skilled negotiator, the president is expert at discerning the true motives of those with whom he engages. With the proposed move, he is really asking all players at the table what they really want.
The move supports Israel which wants a secure homeland for Judaism, while forcing Palestine, which also claims Jerusalem as capital, but where ISIS is now gaining ground, to negotiate - that is, if their true goal is to worship in peace.   So this move actually presses “repressive regimes” to “restore political and religious freedom for their people.” (foxnews.com)
In ways big and small, personal and political, intimate and international, President Trump has reinforced the religious freedom guaranteed in the Constitution, a right close to American hearts, and  is strategically maneuvering against those who oppose this freedom here and abroad. What else is there to say but "Thanks be to God."
Published in Latest News

Other officials make plans to follow lead of Los Alamitos.

An undocumented immigrant has been appointed to a statewide post by the CA Senate.

Biz Execs Down on CA