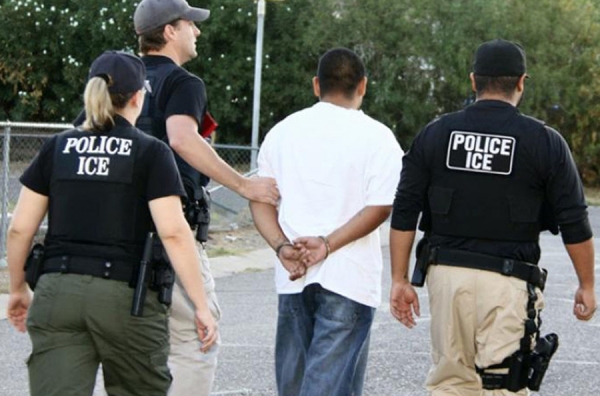 18 Illegal aliens quit job in advance if ICE audit of business owner--a victory for the rule of law. 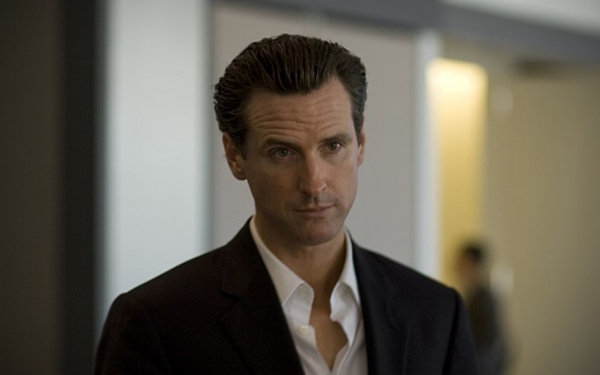 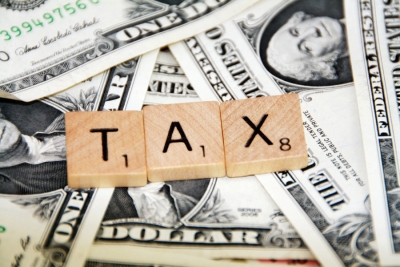 Trump’s Triumphs #3 - Tax Reform -- The first significant reform since 1986.
Although the Republican Party had to be dragged kicking and screaming into it, President Trump has managed to sign into law the first significant tax reform since 1986. While not quite the tax relief conservatives hoped for, it was still a significant achievement given the Swamp’s antipathy to the conservative agenda and all things Trump.
As of the State of the Union Address, something on the order of three million workers have received bonuses thanks to the tax cut. That number has been reported as high as five million. What Nancy Pelosi labeled, in Marie Antoinnette fashion, as “crumbs” is significant money to most Americans - so much so that, even here in San Francisco, the local ABC news created a poll asking how tax payers intend to spend the windfall. This act indicates first that some members of the mainstream media elite realized their audience cared about the tax cut and second that if they didn't comment on it their viewers might lose confidence in their version of the news or, worse, like something Trump did.
Highlights of the tax reform include:  1) the scrapping of the individual mandate on health insurance,  2) the corporate tax rate is coming down to 21% - from 35% - bringing companies back into the US and leaving more funds for hiring and expanding 3) the amount of money exempt from the estate tax has been doubled from 5 to 10 million, saving thousands of small businesses and farms, at least until 2026.
By eliminating the individual mandate, the bill seriously cripples Obama-care, which is already floundering, and restores individual choice for health insurance, as well as ends the dangerous policy of government forcing individuals to purchase something against their wills.
Bringing the corporate tax rate down encourages investment in American companies and encourages American companies to stay home and keep their money in our banks. The most talked about example is the Apple Corporation's reaction to the bill. The New York Times reports “Apple, which had long deferred paying taxes on its foreign earnings and had become synonymous with hoarding money overseas, unveiled plans that would bring back the vast majority of the $252 billion in cash that it held abroad and said it would make a sizable investment in the United States,” building an iPhone chip plant in Texas.
Although less revenue does threaten to increase the national debt, couple the reform with strategic slashes to the federal budget and the debt should go down. Plus, with more companies able to afford to hire, more taxpayers will contribute to the system, rather than depend upon it. The Heritage Foundation estimates the economy will grow 2% over 5 years.
As for individuals, even those who haven't received a bonus from their companies are likely to benefit.  From 2018 through 2025, the legislation reduces federal individual tax rates. The top tax bracket is reduced from 39.6 percent to 37 percent, and most other taxpayers will see their federal tax bracket reduced by one to four points. The thresholds for the lower brackets are also increased. However, because the state and local tax deduction is limited to $10,000 the combined effective marginal tax rate for many upper middle and upper income taxpayers, especially those in high-tax states, will increase. Ideally, citizens of the high-tax states will see the benefits reaped by citizens of the low tax states and state governments will feel pressure to lower taxes. Of course, here in California, which is pretty much a one-party state, our government is sadly immune.
For families, the bill has mixed reviews. While the standard deduction is nearly doubled, personal independent exemptions are repealed. The child tax credit, however, “is doubled to $2000 and up to $1400 dollars per child is refundable– paid even if no taxes due.” (Heritage)
The mortgage interest deduction remains intact, except for home debt over $750,000. Though Californians may suffer from this, the bill encourages homeownership in the center of the country. Anyone with relatives in"flyover country" knows the vast disparity between real estate prices in California or New York versus Ohio or Nebraska. While the Left talk ad nauseam about ending the disparity between the rich and poor, its policies and regulations are what has caused this chasm. Perhaps the bill will shrink the gap as it encourages companies to build and expand in the heartland.
So, while the tax reform bill isn’t exactly a conservative dream come true, it still can be listed as a Trump Triumph because so many in both parties stood in its way. The force of Trump’s personality, his skill as a negotiator and his rapport with the American people could not be dismissed by his adversaries.  Now, average citizens have seen (again) that Washington truly doesn't have their best interests at heart, and they have a little bump in their weekly paychecks to remind them who does.
https://www.cooley.com/~/media/cooley/pdf/alerts/tax-reform-comparison-final-bill.ashx?la=en
https://www.heritage.org/taxes/commentary/economic-impact-us-tax-reform
http://money.cnn.com/2017/12/20/news/economy/republican-tax-reform-everything-you-need-to-know/index.html
https://www.nytimes.com/2018/01/17/technology/apple-tax-bill-repatriate-cash.html
https://www.usatoday.com/story/money/2018/01/30/state-unon-fact-check-trump-claim-tax-cut-bonuses-workers-largely-true/1081033001/
Published in Latest News
Read more...
Friday, 02 March 2018 14:30 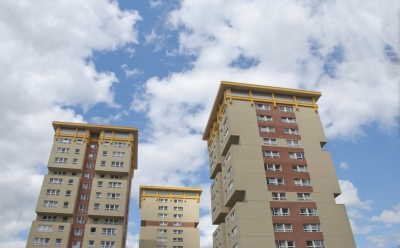 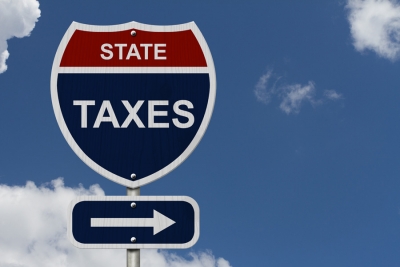 High speed rail is the best reason to repeal the gas and car tax hike. 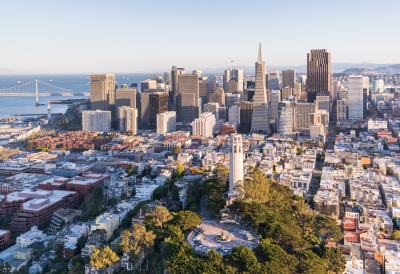 Trump’s Triumphs #2 - The Regulation to End All Regulation

Looking at a map of Trump property holdings outside the US, one can’t help but make a connection between them and the president’s hard-nosed, hands-on foreign policy.  His company owns properties in Asia (including South Korea), the Middle East (Turkey, Azerbaijan, Dubai), Europe (Scotland and Ireland), as well as North and South America.
As an international builder, the president would know - perhaps better than anyone - how foreign policy affects corporations and individuals. He’d know the ways in which the EU benefits Ireland, for example, but hurts rural Scotland, or how tariffs might affect the price of Chinese steel in Uruguay, making it more or less expensive than in Mumbai or New York. He’d know how paying into Canadian National Health affects the bottom line and how American employees compare to those from a wide range of cultures. Lastly, he’d fully appreciate how developing and third world nations are rapidly changing thanks to modern infrastructure and the internet. No doubt, throughout his decades long business career, when Trump thought of foreign policy, he thought “If only!”
So it’s surprising how surprised main stream media appears over the president actually having a policy, let alone succeeding at implementing it.
According to ForeignPolicy.com, the president’s “totally boring” plan has three basic components: fighting terrorism, containing Iran, and supporting Israel. Supporting this premise are Trump’s most public foreign successes to date:
But, according to the White House, the president’s America First (but not alone) policy is even simpler than that and stems from one basic premise: “economic security is national security.” President Trump “implement(s) policies that jumpstart job creation and strengthen our country’s economic base” and “bolster(s) American influence by leading a coalition of strong and independent nations to promote security, prosperity, and peace both within America’s borders and beyond.” “The promise of a better future will come in part from reasserting American sovereignty and the right of all nations to determine their own futures.”
To this end, Trump convinced congress to lower corporate and personal taxes, incentivizing companies to reinvest in America.  He is also "modernizing and rebuilding America’s armed forces” (WhiteHouse.gov) as well as strengthening our borders with the four pillars outlined in his State of the Union Address: 1) DACA pathway citizenship, in exchange for 2) the wall on our southern border, 3) the end of the immigration visa lottery and 4) the end of chain migration.
Therefore, the man (falsely) accused of colluding with Russian hackers knows that attacks on our national identity - whether through the influx of too many illegals, Facebook’s anti-conservative algorithms, or the hacking of government servers by enemies of all stripes - are actually attacks on our borders.  And that the best way to combat such attacks is to secure the American Dream by making sure that those who live here have work, and those who wish to migrate here can both take care of themselves and meld with the core principles outlined in our constitution.
Trump’s experience as a negotiator give him the confidence to walk away from bad deals without false fears over reputation. According to Yahoo News, Trump delivered an ultimatum to the European signatories of the Iran Nuclear Deal on Jan. 12, saying they must agree to “fix the terrible flaws of the…deal,” which was agreed under his predecessor Barack Obama, or he would refuse to extend U.S. sanctions relief on Iran.”
He knows that the Europeans have no choice but to do business with the US, so he holds them accountable. Unlike politicians, who seek re-election, or even other business leaders, who may care more about stock options than their corporations products and services, Trump the builder expects concrete results from his interactions. Trump the international builder respects cultures and borders and sees them as tools for peaceful trade and mutual accomplishment.
https://finance.yahoo.com/news/north-korean-leader-kim-called-trump-dotard-062525604.html
http://foreignpolicy.com/2018/02/21/trumps-middle-east-strategy-is-totally-boring/
http://www.foxnews.com/opinion/2018/02/03/trumps-foreign-policy-defends-americas-vital-interests.html
https://www.huffingtonpost.com/entry/gop-senator-bob-corker-expects-trump-to-pull-out-of-iran-nuclear-deal_us_5aae6782e4b05b2217ff9229
https://www.vox.com/2018/1/31/16954756/state-of-the-union-address-2018-speech-text-highlights-foreign-policy
https://www.whitehouse.gov/briefings-statements/president-donald-j-trumps-foreign-policy-puts-america-first/
https://www.whitehouse.gov/issues/foreign-policy/
Published in Latest News
Read more...
Saturday, 06 January 2018 18:36

CA Pulls a CA on Marijuana

Excessive government and lifestyle liberalism. A perfect summation of California.

Eight of the 11 Marin municipalities have slammed their doors on recreational marijuana.

Free stuff from government only feeds higher expectations and a pervasive notion of entitlement.

With parcel and sales taxes, car taxes and rising fees, have taxpayers had enough?

The latest news about the active fires in Sonoma County, plus news from Mendocino, Lake and other North Bay counties.