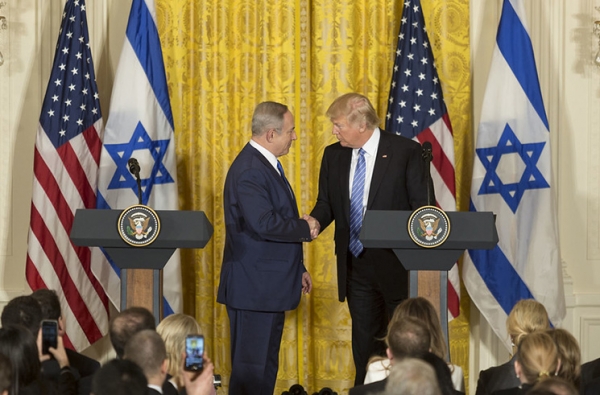 After pres. Trump's 2016 victory, a friend joked how wonderful it would be if the president could transform the country, maybe the world, into a Trump Hotel - where the environment is luxurious, employees make a good wage, and every guest feels special. With two nominations for the Nobel prize - thanks to the United Arab Emirates establishing diplomatic ties with Israel on August 13, Bahrain joining the agreement, then Serbia and Kosovo normalizing economic relations on September 11- my friend’s dream seems closer to reality

As an international builder with a hotel in Dubai, and a long friendship with Israeli Prime Minister Netanyahu, the president not only understands Middle East politics, he appreciates its culture and respects both Jewish and Muslim faiths. Having married two women who grew up in Eastern Europe under Communism (Ivana from the Czech Republic, formerly Czechoslovakia, and Melania from Slovenia, the former Yugoslavia), the president sees citizens of these nations as family. He knows how they suffered from
oppressive regimes, genocide and war.

Contrary to views in main stream media, that the Trump administration has no coherent Middle East strategy, Ilan Berman, senior vice president of the American Foreign Policy Council wrote he believes the Trump administration has a clear, ambitious 3 part plan for the region: finding ways to isolate Iran and diminish its power; the Middle East Strategic Alliance - a group consisting of Saudi Arabia, Oman, Qatar, Bahrain, Kuwait, Jordan, and the UAE - that has worked closely with the Trump administration in “confronting extremism, terrorism, and achieving peace, stability, and development” in the region; and lastly the Israeli-Palestinian peace deal. As Brian Hook, the U.S. State Department’s special envoy for Iran, said: “Peace between the Arabs and
the Israelis is Iran’s worst nightmare.”

Many on the Left called moving the US embassy to Jerusalem controversial, claiming doing so would inflame tensions. However, that move - plus ending US dependence on Arab oil - seems to have inspired “increasingly warm relations between Israel and the UAE … when the UAE launched its [2019] “Year of Tolerance.” As part of the initiative, the UAE invited Pope Francis to speak, hosted interfaith meetings with religious leaders worldwide, announced the construction of an interfaith center in Abu Dhabi — to house a Jewish synagogue, a Christian church, and an Islamic mosque — and invited Israel to attend the 2020 World EXPO in Dubai. (Federalist)

Then, on June 12, Youssef Al Otaiba, UAE’s ambassador to the United States, made history by publishing an op-ed in Hebrew in Israel’s largest newspaper, Yediot Ahronot Daily. In the article, Youssef warned against Israel Prime Minister Netanyahu’s annexation plan of the West Bank, and offered a possibility for improving relations between the two nations. (Federalist). With the Trump administration’s involvement, Netanyahu halted the annexation of the West Bank, a compromise that sealed Israel’s
historic agreement with the UAE. “For many long years,” Netanyahu said, “we invested in peace, and now, peace will invest in us.” (Examiner)

Then, on Friday, the president oversaw the signing of an agreement between Serbia and Kosovo that normalizes economic relations between the two countries — and also includes Kosovo recognizing Israel, and Serbia agreeing to move its embassy to Jerusalem. While most Western nations have recognized Kosovo’s independence, Serbia, Russia and China have not — keeping tensions high in the Balkans. Still, the agreement marks another victory for the Trump administration as The
European Union had mediated talks for over a decade. (Fox) Serbia still does not recognize Kosovo’s independence but it allows economic cooperation, rail and transit links, and the free movement of people and goods between the two countries. Tension and violence in the region stem back to when a Serbian national ignited World War I by killing ArchDuke Franz Ferdinand of Austria. In World War II, Nazis killed some 300,000 Serbs. Serbia became subsumed into Yugoslavia in 1945 and remained under Communist rule until 1991 when the dissolution of the country resulted in civil war and a genocidal war waged by then-Serbian strongman Slobodan Milošević which killed 10,000 Muslim ethnic Albanians. Kosovo split from Serbia in 2008, declaring independence with US assistance.

Serbia's President Aleksandar Vučić praised Trump's role in brokering the deal: "We haven’t resolved all our problems, but this is a huge step forward.” Flanked by Vučić and Kosovo Prime Minister Avdullah Hoti in the Oval Office, President Trump said: “It took decades because you didn’t have anybody trying to get it done.”“As more countries normalize relations with Israel, which will happen quite quickly, we believe, the region will become more and more stable, secure and prosperous.” “There was a lot of
fighting and now there’s a lot of love.”

By coupling respect for culture, especially religious faith, with pragmatic, tough steps to decrease terrorism and motivate economic growth, the president has caused dramatic improvement in areas clouded by division and violence for one hundred years. Said Nobel nominator Christian Tybring-Gjedde to Fox News, “For his merit, I think [Trump] has done more trying to create peace between nations than most other Peace
Prize nominees.” When the whole world is at peace and prosperous, perhaps it will feel like one big Trump hotel.