"Survivors of the Hollow
Promises of Totalitarians"

Seeing the signs of tyranny? 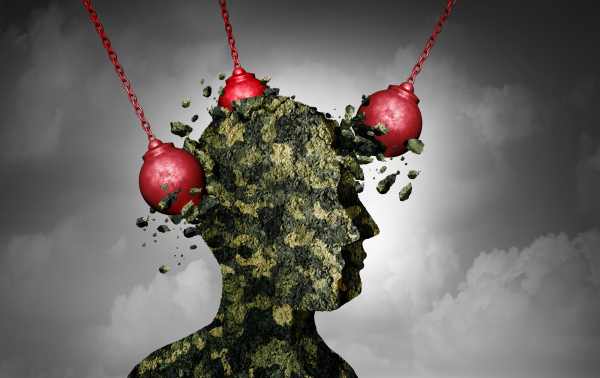 We are at war.

The Biden administration and Leftist organizations attack any who disagree with their policies more brazenly than ever. These attacks on our culture, and our psyches, amount to a civil war, which not only divides the nation but cripples it, in service of the Left achieving permanent power. They hope to win by makingus too distracted, overwhelmed, or emotionally disturbed to fight back.

Sexual identity, pronouns and birth certificates: The American Medical Association recently recommended birth certificates no longer identify sex at birth. This move reflects the long, slow attack on personhood as well as the cooperation of corporations and NGOs in depersonalizing society. Our sexual identity is the greatest human identifier short of being alive. Even transexuals identify themselves by sex in that they declare transitioning from one sex to another. Men playing women’s sports, pregnancies in women’s prisons, and transitioning 9 year olds aside … Because people can now label themselves any sex (and there are now more than two), it’s as if our primal identity has ceased to exist.

Anti-racism, CRT, and BLM: While we hopefully judge others by the content of their character, we literally identify each other by physical traits—hair and eye color, and yes, skin. Without these, we can’t describe ourselves, our loved ones, or those who hurt us. Not only has identifying as male or female come into question, now it’s wrong to be “white,” unless one is a member of an “oppressed minority.” Moreover, it’s wrong to identify people of color by their color, especially if crime is involved. The goal is to hamstring the majority by making them ashamed of their own existence.

COVID-19: masking and vaccine passports: Obviously, the shutdowns disrupted church and school, and closed small businesses with the goal of the public identifying less with relgion, education and local business. Now in San Francisco, the government mandates restaurants and the like to check one’s vaccination status, restricting our freedom and our right to decide what’s best for our own bodies. But masks have provided the deadliest weapons against personhood. Masks hide facial expressions, likening us criminals. Afraid, we quickly forget the virus is so small it can pass through the masks. All we notice is who minds the rules: Is the mask pulled up? Is so and so 6 feet away? We become paranoid, valuing basic survival above our humanity. Lest a teacher inform junior Mommy is a science denier and a bad person, parents masks their kids—even little ones—abdicating parental authority to the state. (see Brown University study showing 20% drop in IQ of babies born during COVID. https://tinyurl.com/4x7pxy2f)

War on Personhood Explained
(or War on Humanity)

Economic “support”: The government not only extended unemployment benefits to those who lost work, they give Covid relief money, too. It’s more profitable to stay home than have a low paying job. This both undermines the economy and creates government dependence. It also destroys the self-esteem of every person formerly working up the ladder. Many young people now see capitalism as evil and government (and manipulating it) as the source of life.

Illegal immigration: Since January, over one million illegal immigrants have invaded. Many arrive with Covid.

The government not only allows this, but relocates illegals by bus and plane all over the country. If the government ever stops paying workers to stay home, there are now one million more bodies in the marketplace and more to come. But the real purpose of illegal immigration goes beyond padding Democrat voter ranks; it’s to further destabilize culture. Unlike past generations of immigrants, these folks aren’t encouraged to assimilate. Many aren’t even given court dates. They come here for free services and money, which many send home; meanwhile they are discouraged from obeying the rule of law which unites all citizens. Their illegality calls into question what it means to be American.

Cancel culture: Speaking out against any of the above, one risks getting fired from work and/or cancelled on social media. In Orwellian manner, big tech both keeps track of our movements and encourages neighbors to snitch - whether against “radical” Trump voters or the “Unvaxxed.” The collusion of government and business occurred in Nazi Germany; it’s called Fascism.

Trump’s presidency revealed how easy it is to reverse this and Make America Great Again. That he made America energy independent in just a few years is one of many reasons why the Left, China and his myriad enemies cheated to win. As Biden said, “We have put together the most extensive and inclusive voter fraud organization in the history of American politics.” Now, we wonder if we’ve lost the Republic and feel alienated.

This is war. Reclaiming our humanity is what this war is about, and restoring common sense on the most primal levels. But what can we do? Recently, I discovered a prayer, one line of which is now my mantra: “Lord, protect me from all forms of self-centeredness.” Meditating on these words, I realized that fear is self-centered. If I succumb to fear, it means I lack faith—not just in God, but in my own abilities, in my beliefs, and in conservative principles. With faith, however, I don’t need courage, because the fear just goes. Join in this mantra, and you too may discover how easy it is to step up and join the fight—whether it’s cheerfully persuading neighbors, writing our representatives, or participating in local politics. This is war, and whether we join the fight or not, we’ll all play a part in the outcome.