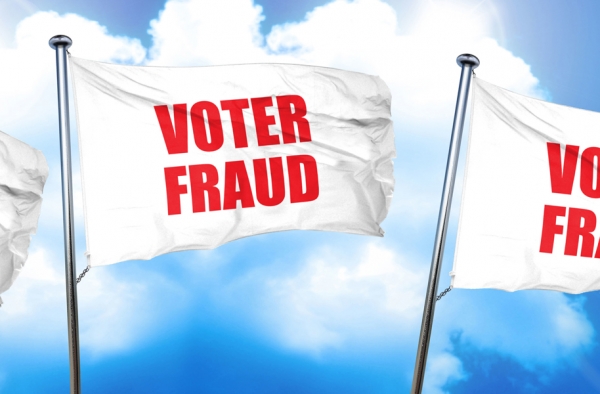 Sec. of State Padilla admits that he cannot say how many non-citizens, ineligible to vote in U.S. elections, voted. 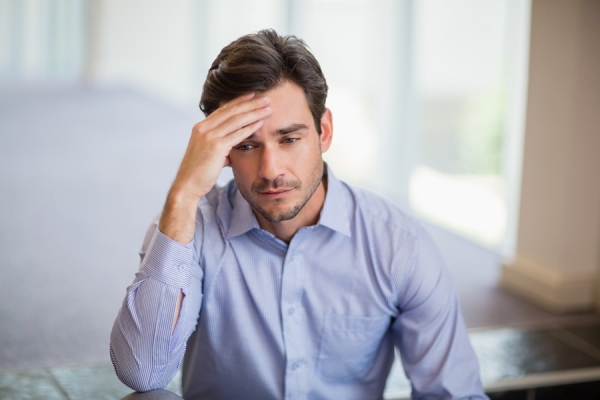 CA imposes increasingly restrictive measures on both individuals and businesses. 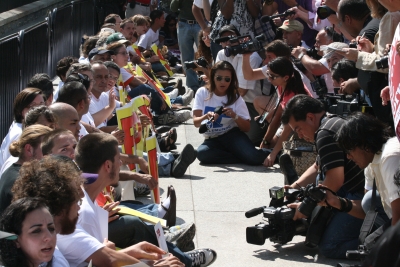 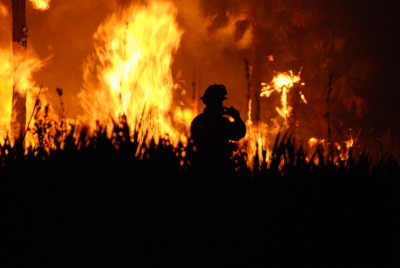 Learning about the recent conflagrations in California, President Trump tweeted: “There is no reason for these massive, deadly and costly forest fires in California except that forest management is so poor. Billions of dollars are given each year, with so many lives lost, all because of gross mismanagement of the forests. Remedy now, or no more Fed payments!”
The main stream media, environmentalists, and, of course, celebrities declared the tweet proof of the president’s insanity, fanning the culture war fires by blaming climate change. Some blamed the president himself for dismantling some regulations put in place by environmentalist lobbies.
Who’s right? Why, in the last five years, is California experiencing so many fires?
Articles predating this year’s fire, especially those written after the 2017 fires, put the blame on forest management. Moreover, the Little Hoover Commission, a state funded think tank that makes recommendations to the governor,  “found that California’s forests suffer from neglect and mismanagement, resulting in overcrowding that leaves them susceptible to disease, insects and wildfire.”  Fire ecologist Sasha Berleman, in a Mother Jones interview, claims that “100 years of fire suppression has led to this huge accumulation of fuel loads, just dead and downed debris from trees and plant material in our forests, and in our woodlands,” says Berleman. “Our forests and woodlands are not healthy, and we’re getting more catastrophic fire behavior.”
Representative Tom McClintock, whose district includes Yosemite Valley and Tahoe National Forest, explained in a Flash Report interview that “ponderous, byzantine laws and regulations administered by a growing cadre of ideological zealots in our land management agencies promised to ‘save the environment.’ The advocates…have dominated our law, our policies, our courts and our federal agencies ever since.” That article outlines federal missteps that “led to America’s forests turning into tinderboxes, starting in the Clinton Administration and made worse, thanks to activist judges, by thwarting reforms attempted by the Bush Administration, and accelerating during the complicit Obama presidency.” (American Greatness.) Regulations put in place in 2012 particularly have lead to more fires in the past five years.
And, according to website American Greatness, California’s oligarchy, described as those who own the state’s land (“utility companies, trial lawyers, Silicon Valley ‘green’ entrepreneurs and billionaires”) plus “public sector unions, senior partners in California’s leftist coalition” benefit from environmentalist policies because they create artificial scarcity: “They pretend that natural disasters are “man-made,” so they can drive up the cost of living and reap the profits when the companies they invest in sell fewer products and services for more money in a rationed, anti-competitive environment.”
Most shocking of all, the switch from fire suppression through land management has resulted in a massive fire fighting industry. “Over the past few decades, the federal government built an industry designed to fight fire, not light it.” County budgets now include purchase and maintenance of fire helicopters and more.  The attached chart, from the Oregon Public Broadcasting site, reveals just how shockingly lucrative the fire fighting business has become for the National Forest Service.
Ironically, attempts to create scarcity through environmentalism has resulted in policies that actually hurt the environment. Why? Because the intense fires release much more carbon than do controlled fires. (PBS)
The president knew all this when he made that fiery tweet. He’d been briefed by Ryan Zinke, Secretary of the Interior. And, the president’s tweet got the public talking and researching. It got voters asking why so many had to lose homes and businesses.  It got more Californians to realize swamps exist, not just in Washington DC –  but in the flood plains of Sacramento, and the mountains and deserts of California.
***Read the White House link on what the administration is doing for the fire effort. It’s massive and includes up to “75 percent of California’s costs for removing debris, conducting emergency activities, providing transitional sheltering,” and more.
https://amgreatness.com/2018/11/24/california-burning-how-the-greens-turned-the-golden-state-brown/
https://www.amgreatness.com/2018/01/29/californias-left-wing-oligarchy-profits-scarcity/
http://www.flashreport.org/blog/2018/11/13/ca-gov-jerry-brown-vetoed-2016-wildfire-management-bill-while-ca-burned/
http://www.ktvu.com/news/california-governor-signs-order-to-reduce-wildfire-danger-accelerate-forest-management
https://lhc.ca.gov/report/fire-mountain-rethinking-forest-management-sierra-nevada
https://www.motherjones.com/environment/2017/12/a-century-of-fire-suppression-is-why-california-is-in-flames/)
https://www.opb.org/news/article/wildfire-forest-service-budget-suppression-portion/
https://www.pbs.org/wgbh/nova/article/controlled-fires-could-actually-save-forests-and-fight-climate-change/
https://www.whitehouse.gov/briefings-statements/president-donald-j-trumps-administration-providing-support-fight-california-wildfires-help-affected/
Published in Latest News
Read more...
Saturday, 29 December 2018 16:52 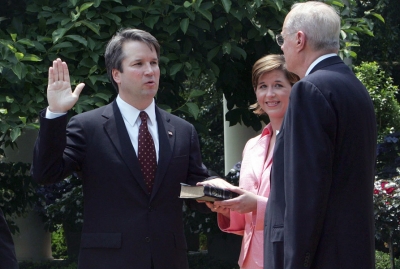 Trump’s Triumphs: October 1st through 7th - a week that made history
The swearing in of Justice Brett Kavanaugh  - and the political madness leading up to it - overshadowed other news of that week, news which, if given any attention by the media, would show Donald Trump as one of the most masterful leaders the country has seen.
THE ECONOMY: Despite or because of the Kavanaugh firestorm, the President received a 51% approval rating in a Rasmussen poll. This also shows that Americans are paying attention to the high stock market and other important economic factors.  CNS News reported that the number of federal employees has decreased by 16,000 since Trump took charge, but the federal government announced the unemployment rate had dropped .2% in September to 3.7% - the lowest since December, 1969. The economy has added 3.2 million jobs under Trump, and Fox News announced that “manufacturers are on track to record their highest confidence levels in the survey’s 20-year history, thanks in part to the Trump administration’s economic agenda, which included comprehensive tax reform and reduction in regulations.”
USMCA: On October 1, the same day that Senator Flake asked for an extension for the FBI to investigate Kavanaugh, the US, Canada and Mexico announced USMCA, the new trade deal that replaces NAFTA.  Congress should vote upon the treaty next year, though the president as well as Mexican and Canadian leaders will officially sign in November. The new deal will allow more American made dairy products into Canadian markets, and (as reported in last month’s newsletter) does much to keep manufacturing in the US while boosting the Mexican economy.  The deal has a sunset clause requiring the countries to revisit the arrangement every 6 years.
CHINA: According to CNBC, “it would be a mistake to miss this week's most significant geopolitical development…a dramatic unfolding of the Trump administration's intensified offensive on China.”   It has been the White House’s conviction that Trump's predecessors “have done too little to respond to years of unfair Chinese trade practices, cyber transgressions, rapid military growth, growing technological prowess and the underlying strategic consequences of the so-called Belt and Road economic initiative” that connects China to Eurasian countries and, according to critics, promotes Chinese dominance in world affairs.
Underscoring the far-reaching, multi-faceted nature of the Trump administration efforts aimed at China, Vice President Pence in an October 6th landmark speech called out China as America's foremost threat, ahead of Russia, due to both the scope and seriousness of its activities abroad and within the United States. Though the New York Times accuses the administration of starting another Cold War, the fact that the Chinese have been undermining the US economy and stealing its intellectual property is widely known, one ironic example being Senator Feinstein’s personal driver of 16 years. The “war” on China is reflected in the new USMCA agreement as it requires all three parties to inform the others if they begin trade talks with "non-market economies" (such as China).
KAVANAUGH: Lastly, the Kavanaugh appointment rounded up the week with a stunning victory for the President.  In less that two years, he has placed two justices among the Supremes and, especially if he’s re-elected in 2020, may have the chance to swear in one more. This makes the Trump influence on the court historically significant and, as his appointees are both comparably young, long lasting, keeping the court with a general 5 to 4 conservative majority.
Previous outrageous character assassinations by the Left of Supreme Court hopefuls Robert Bork (abandoned by Reagan) and Justice Clarence Thomas (supported by G.W. Bush) taught the president not only to stand by his man but to raise public support, which Trump did on Twitter and at his stump rallies in states key for the 2018 midterms. Audiences chanted “Kavanugh! Kavanaugh!” inspiring fellow conservatives across the country to keep pressure on their senators. The president was not afraid to call out accuser Blaissey-Ford (remember one is only a victim if a crime against her can be proven) for her false testimony or to point out that absurd attack — against a squeaky clean dad of two girls — undermined not only our government but good men everywhere. Now the whole country get it that the Left, rather than legislate, relies on the courts to promote agendas Americans don’t want.
The week ending October 7 was a busy week - and so successful for the master of four-dimensional chess that CNN actually referred to the Trump presidency as “influential” and commented that “it already seems Trump's grand design will be difficult for a future President to quickly reverse.”
Let’s hope that isn’t fake news!
https://www.cnbc.com/2018/10/05/trump-administration-makes-its-most-aggressive-moves-against-china-yet.html
https://www.cnn.com/2018/10/01/politics/nafta-usmca-differences/index.html
https://www.cnn.com/2018/10/06/politics/donald-trump-presidency-supreme-court-economy/index.htmlhttps://www.cnsnews.com/
https://www.whitehouse.gov/
Published in Latest News
Read more...
Friday, 21 December 2018 23:38 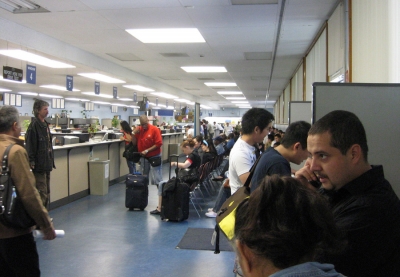 California-based communist group BAMN (By Any Means Necessary) failed in its attempt to rally migrants in Tijuana to march to the U.S. border.

A look at California’s illegal voter-registration problem. There are 3.5 million more people on U.S. election rolls than are eligible to vote.

Read here the ballot recommendations from the California Federation of Republican Women with a throrough explanation of reasoning.

KQED radio held the one and only debate between Gavin Newsom and John Cox. Listen to it at this link.

As if you thought the notorious nanny state couldn't get any more intrusive. Water and milk only allowed on California kids' menus.